Since 2013, AOTO has begun to apply patents for its exclusive technology. Until now, the company owns 560 patents and 66 software copyrights in LED industry. This is a high recognition for AOTO's technology and creation. Especially, AOTO Mini LED technology applied over 30 patents around the world with its superior core values.

The WIPO usually select a special topic for the World Intellectual Property Day every year. Looking back, most topics are highly related with creation and innovation. AOTO has made a great achievement in technology innovation. Like mentioned above, AOTO Mini LED technology is a considerable breakthrough in LED industry because of its exclusive creation and technology. AOTO also won the gold prize and the honor of 'Top 20 Brand Values' at the 6th LED Pioneer Award Ceremony in China several days ago with its advanced Mini LED technology. According to WIPO, the topic in 2019 is Intellectual Property and Sports, which aims to inspire the global sports development and enhance the sports enjoyment. This is a great opportunity for AOTO to improve its visual display effect. Currently, AOTO's products are frequently used in global sports events, such as the 2018 FIFA World Cup. AOTO will continue to engage in the technology creation and bring more vivid image for those sports fanatics. 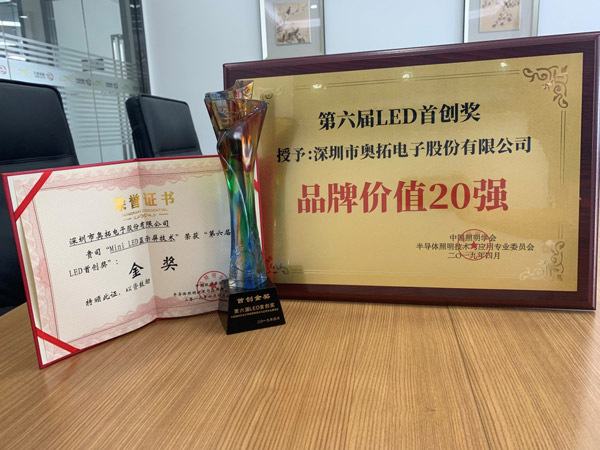