Al Jazeera Media Network designed the building for its 25th anniversary, redoing practically every aspect of its appearance. Studio 5, which houses Al Jazeera's primary newsroom, has been entirely refurbished with several sections that may function independently.

AOTO LED displays were selected for the TV Studio project, upgrading the studio with the premium on-camera quality and reliability needed. All of the spaces include video panels that not only give the network the ability to change backgrounds rapidly but also enable dynamic content to be presented on the wall at a high enough resolution, also allowing the presenter to have a much more engaging experience

Set 1 is equipped with four CV 0.9mm and CV1.2 pixel pitch LED panels, LED display is present throughout the space including in the ceiling and floor, allowing the studio to be completely reprogrammed with various images for each day. Set 2 features an LED floor, and surrounding LED video walls. Set 3 is the smallest of the three venues but used LED screens the most and is designed for digital production and brief broadcast news updates with a four-meter tall wrap-around LED display.

The refresh studio LED video walls total cover 450sqm, consisting of large curved walls with CV 1.2, M2.5 and a pillar screen of CV1.5, and a floor screen with IF2.6 while tracking LED displays are CV0.9, cameras can be placed close to video walls, reducing moiré issues and visible pixels, take the studio to a new level. 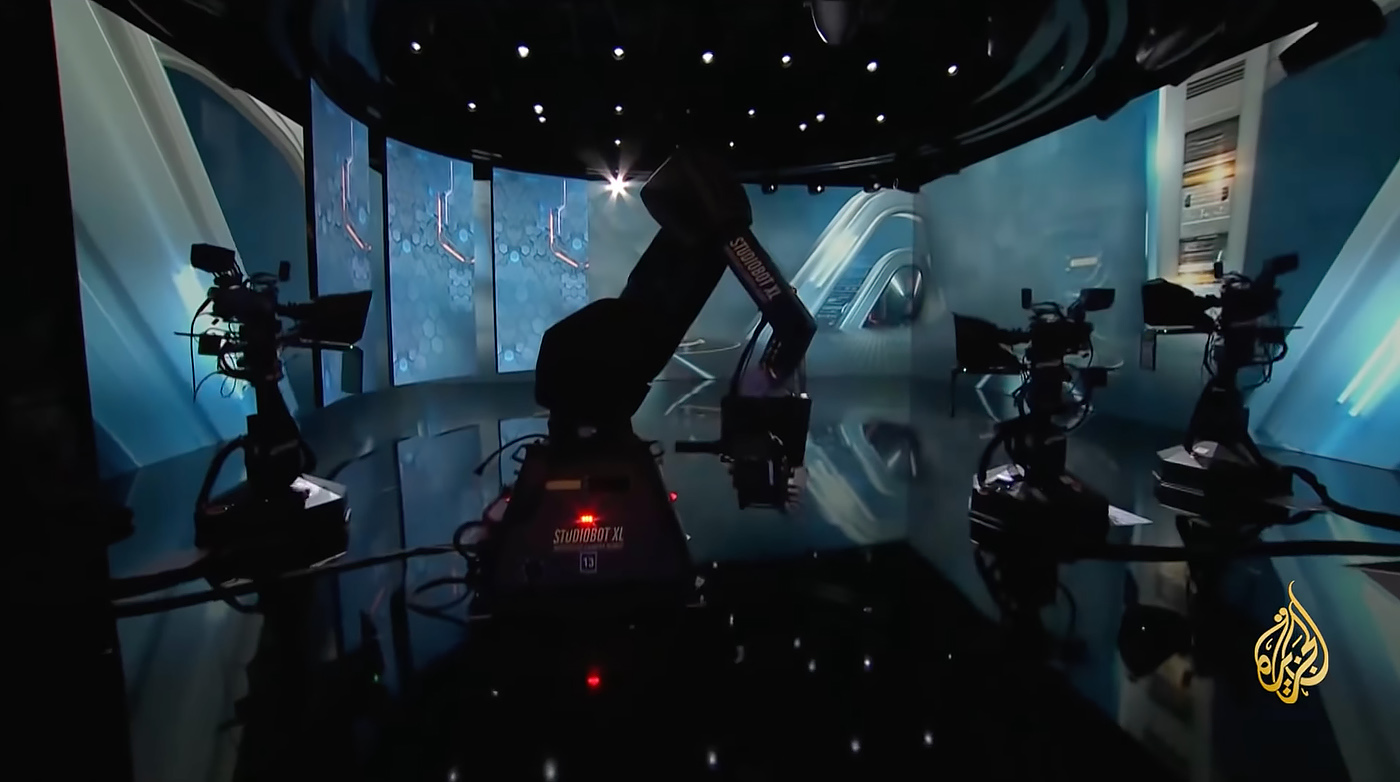 During the 2022 FIFA World Cup, Al Jazeera will give 24-hour coverage of the event via the refresh studio. AOTO's video wall has superb quality and reliability, presenting the audience with a more vivid and detailed game!