During the fine pixel pitch LED screen construction, there is a common occurrence of dark or bright lines appear adjacent between the cabinets or modules, which are cause by panels’ dislocation during installation and have a significant impact on the visual experience. Manual calibration and professional camera calibration are the two methods that are typically used for calibration; however both of these approaches have limitations. Professional camera calibration equipment is expensive and awkward to carry; besides the system is quite complex, and it is challenging for staff to get started. While manual calibration relies on Human eyes observation, the efficiency is limited and the quality cannot be controlled.

To deal with these issues, AOTO has developed an intelligent correction system that can be used with a mobile phone to easily eliminate dark or bright lines of an LED display. This system is intended to replace manual inspection and cameras that enable gap calibration. After installation, there will be no more complicated steps; instead, only need to use the smartphone to scan the screen, which will then automatically accomplish the system configuration and bring about the debugging. 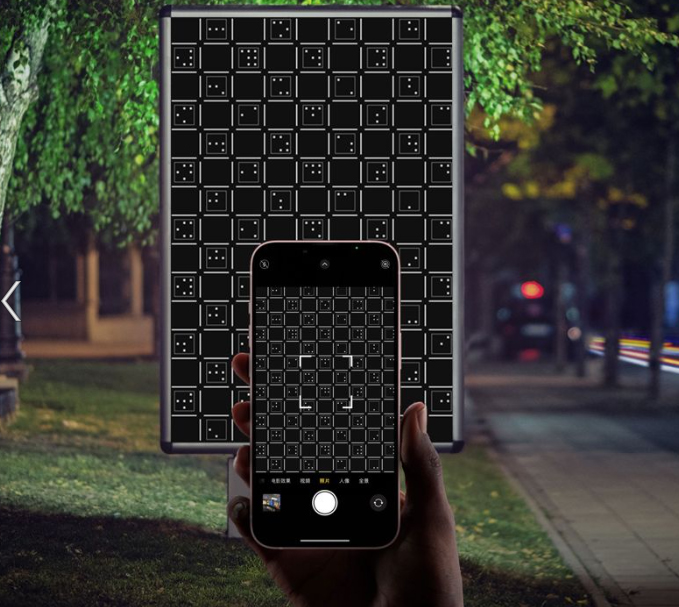 The correction system uses advanced AI image processing technology, and a single scan can correct multiple lines, increasing the efficiency by more than six times. The system adopts wireless networking, allowing multiple mobile phones to calibrate at the same time, and completing the assembly and on-site calibration of the display quickly. The system is simple, clever, and extremely effective; it has been utilized in a variety of projects, where it has contributed to a significant increase in installation speed and a reduction in overall project duration. After the correction, the picture quality is significantly improved. The effect is very remarkable. 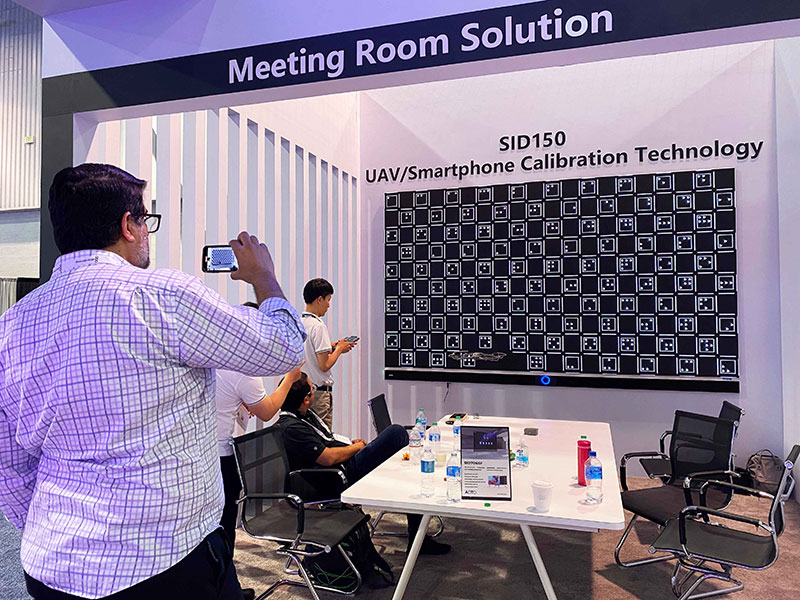 It is developed for the application of larger-sized display screens at height such as outdoor advertising and large-scale concerts. We are able to use the drone to fly close to the display screen in order to get to the right place and complete the systematic configuration. This method is not constrained by the height of the screen, is not impacted by the surrounding environment, and can level any tricky angle. The scanning and processing range is significantly larger than that of a mobile phone (more than four times as large), and the effect is significantly enhanced.

In addition to the powerful calibration function, the components of UVA Smart dark or bright lines Calibration system are wirelessly connected, making it very easy to use. The system supports real-time preview of onboard images, and supports real-time monitoring of aircraft status, aircraft attitude, remote control communication connection, remaining battery power, remaining flight time and other information to ensure that all calibration work is carried out smoothly.