16th June, 2018, the AOTO 25th anniversary ceremony was held grandly in the Shenzhen OTC intercontinental hotel. There are nearly 300 people attended the ceremony. They are the management of company and government, special guests of guilds, domestic and overseas clients, and friends who have been supporting AOTO for years.

The ceremony started with an excellent sand painting show. Through the show, we reviewed every splendid moment that AOTO Electronics has been through over the past 25 years. 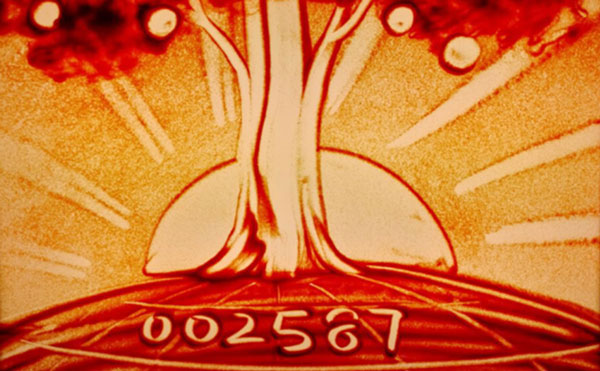 The speech delivered by president Wu tells us: being 25 years old, we own the youth; rather than stop and enjoy the present fortune and fame, we should endeavor with dreams, march forward and get better results in the next 25 years, to be a world-renowned Chines enterprise!

President Yang, the Deputy Director of the Shenzhen Standing Committee and the chairman of the Shenzhen Science and Technology Association, showed his sincere concerns to AOTO. He hopes that AOTO could seize the development opportunities of the new times, and under "China made 2025"strategy, make well plans of the technical innovation then overcome a series of technical problems, to get to a new stage. 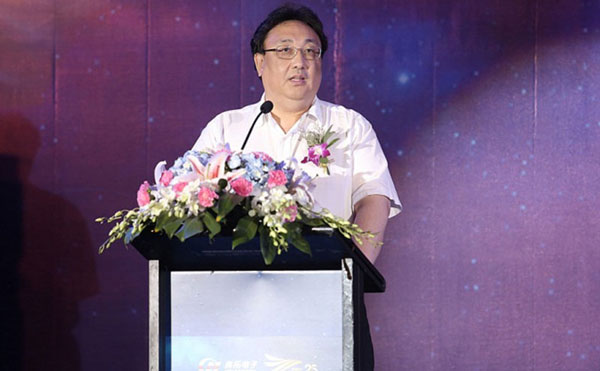 The representatives of guilds and clients had their statements. They congratulated AOTO on its achievement of the past 25 years and wish could have a closer partnership with AOTO in the future. The representative of the employees said, based on a new historical point, the AOTO people would definitely fight in the frontline with a better attitude to win a better future for the next 25, 50, and 100 anniversaries.

On the ceremony, president Wu and Hongwei Niu, the vice-president of the Peking University Shenzhen Graduate School had an opening ceremony for the joint laboratory of artificial intelligence on scene recognition & industrial innovation. This cooperation will strengthen AOTO's capability in the artificial intelligence on scene recognition field, thus realizing the "Intelligence +" strategy of AOTO. 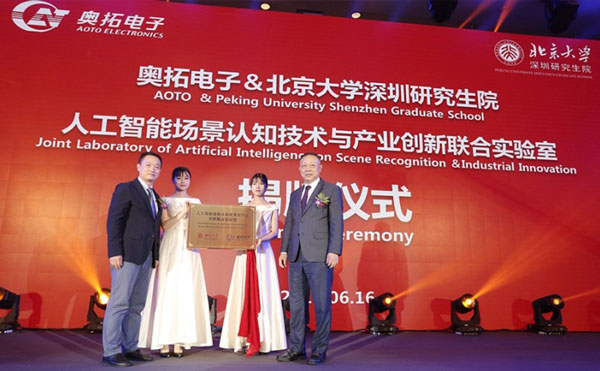 A celebrating ritual was held at the end of the ceremony. Including president Jiang and President Wu, 12 management held the kettles, and poured the gold sand from the kettles, revealing the golden theme "with dreams, marching on for 25 years; with innovation, greeting a more prosperous future". 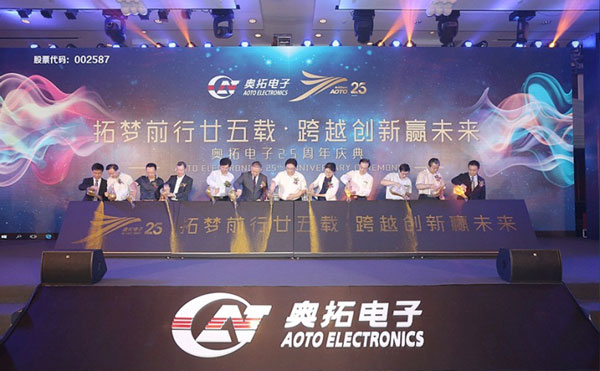 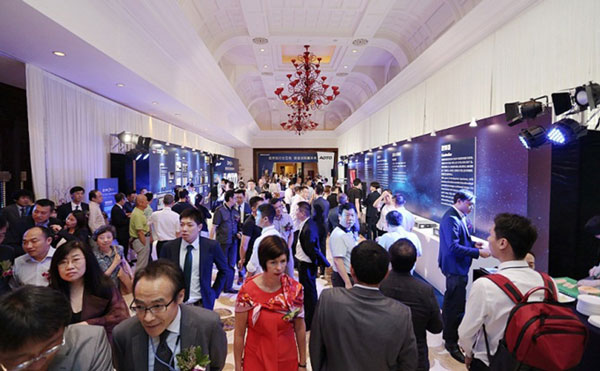 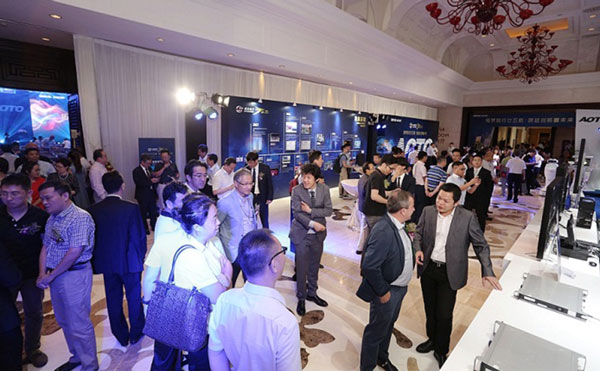 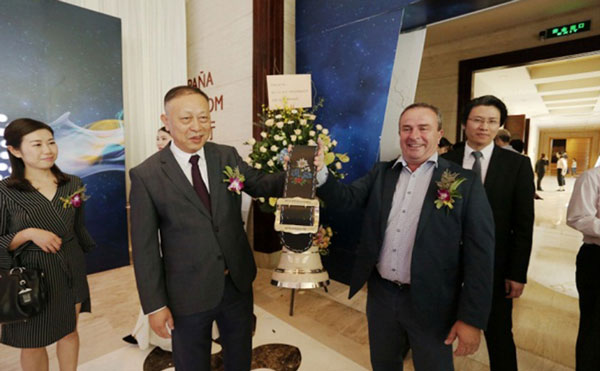 A special gift was given to President Wu 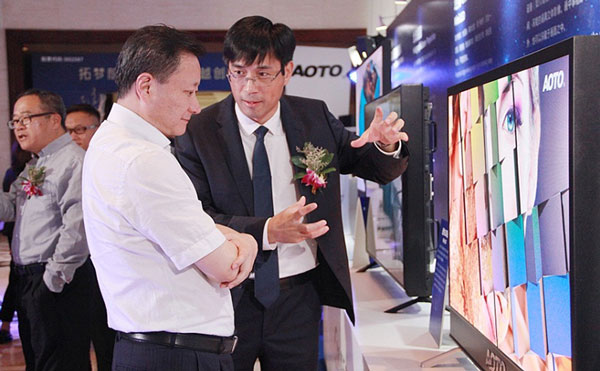 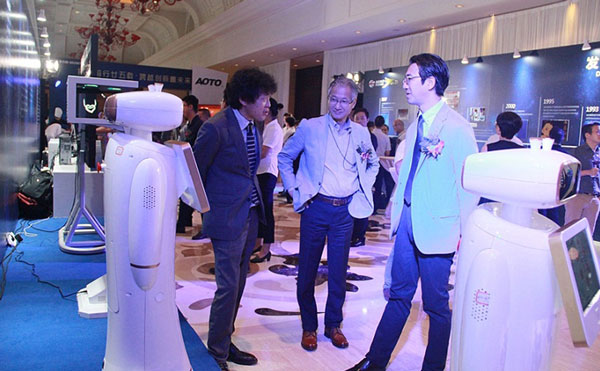 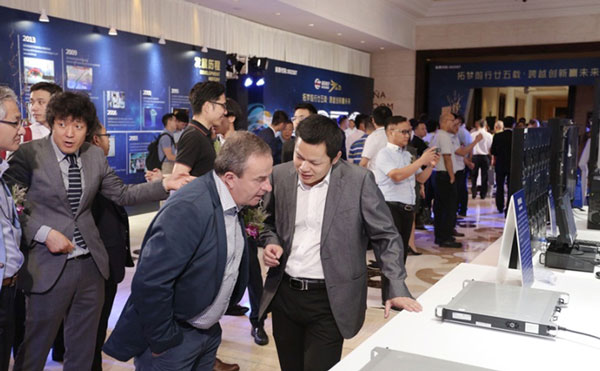 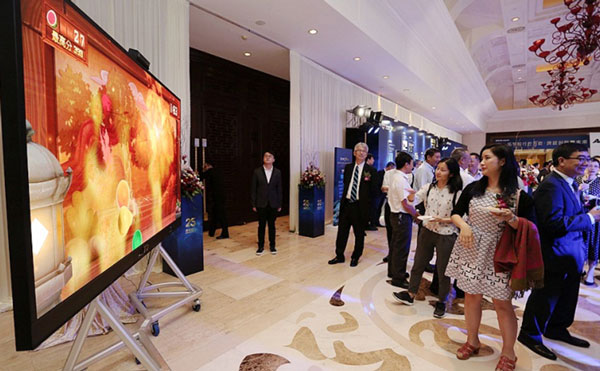 Guests were playing games on the interactive screen

Shows were performed before the banquet. 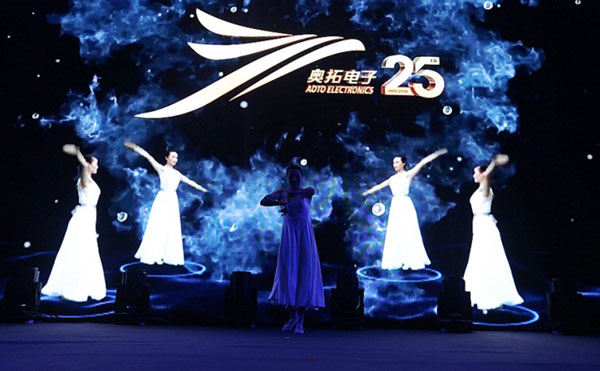 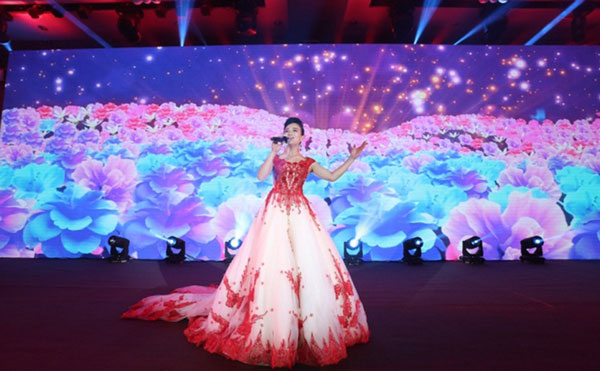 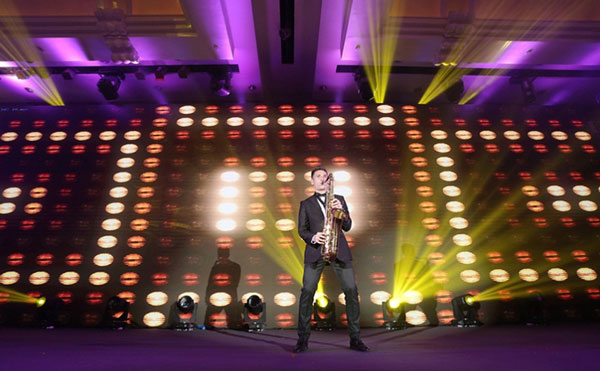 When doing the toasting ritual, the senior employees who have been serving AOTO for 25 years were invited on the stage and introduced by president Wu. Their devotion would never be forgotten. 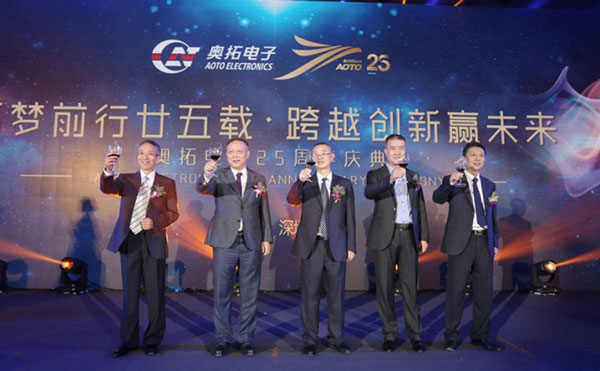 Meanwhile, the young teams were also introduced to the present clients and guests by president Wu. These young teams are creating the prosperity of the next 25 years. 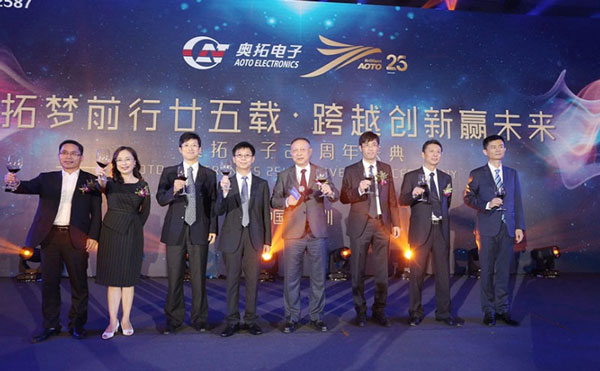 The AOTO 25th anniversary ceremony was held successfully. We are expecting that in the next 25 years, AOTO would have a greater leap.