The Development of AOTO Mini LED

In recent years, the wide applications of fine pitch LED displays accelerate the fast development of Mini LED technology and product. As the first company that develops Mini LED technology, AOTO Electronics has started to invest huge funds and human resources on Mini LED technology R&D since 2012, and applied for patents in 2013. After several years' continuous effort and innovation, AOTO Mini LED already achieved mass production in 2018, which is far exceeds the industry average level with its unparalleled advantages. 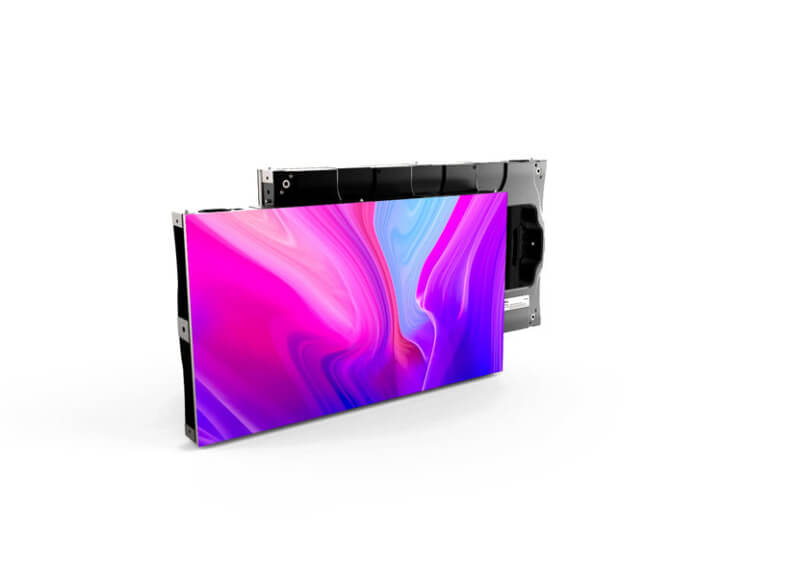 Until now, AOTO  Mini LED owns over 30 patents worldwide. The company already developed 4 types of Mini LED products that in different pixel pitch, including 1.5mm, 1.2mm, 0.9mm, and 0.78mm, all of them achieved mass production and meet different customer needs.

On 12th June,2018, AOTO officially launched the first 1.5mm Mini LED product, which sparked a hot topic among the industry after it had been presented at InfoComm Orlando 2018. And then, AOTO reached an agreement with one popular American rental company because of the exclusive Mini LED products. In August, AOTO developed the new 0.9mm Mini LED series, and it had been successfully adopted by Nanjing Public Security Bureauon January of 2019. Also, at 2019 ISE Amsterdam, the company showcased its 8K*2K Mini LED with 12 meters length and 3.375 meters width, which was the largest 8K mini LED in the world with the highest resolution. However, AOTO never stops its pace of innovation.At InfoComm Orlando 2019, it introduced two brand new mini LED products with the pixel pitch 1.2mm and 0.78mm respectively. And what needs to be focused it that 0.78mm is the smallest mini LED in industry currently. 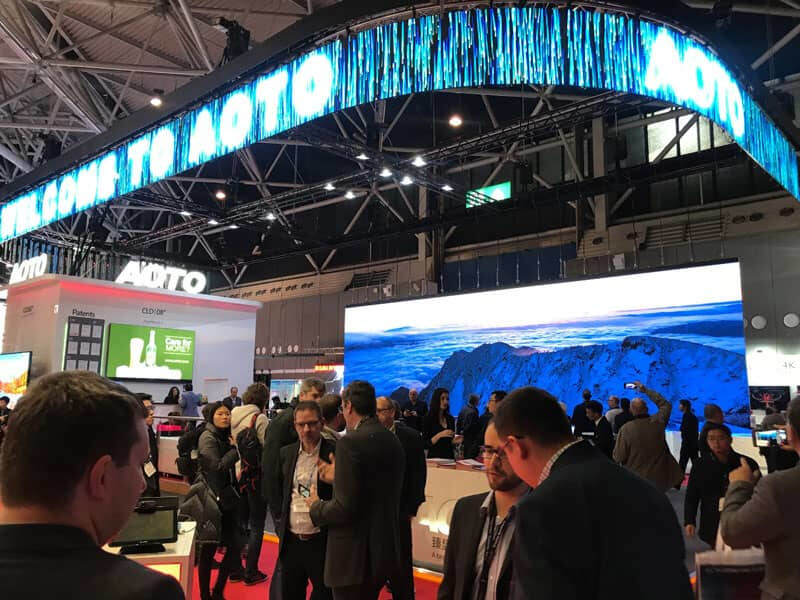 The year of 2019 is regarded as the 'big year of mini LED' by AOTO. In order to increase the brand awareness of mini LED, AOTO greatly focuses on the promotion and application of mini LED products. From January to June of this year, AOTO already participated seven exhibitions in different countries, like Netherlands, Thailand, Germany, and the United States, and mini LED is the 'star' in each expo. In China, AOTO mini LED has been solely used in the high-end conference room, for example, the 1.5mm mini LED was adopt at Nanjing Public Security Bureau and Zhongchao Liansai Co., Ltd. Furthermore,AOTO 0.9mm mini LED and 1.5mm mini LED are also applied in one Japan Film Company and French Museum. In the following months, AOTO mini LED will keep promotion worldwide. 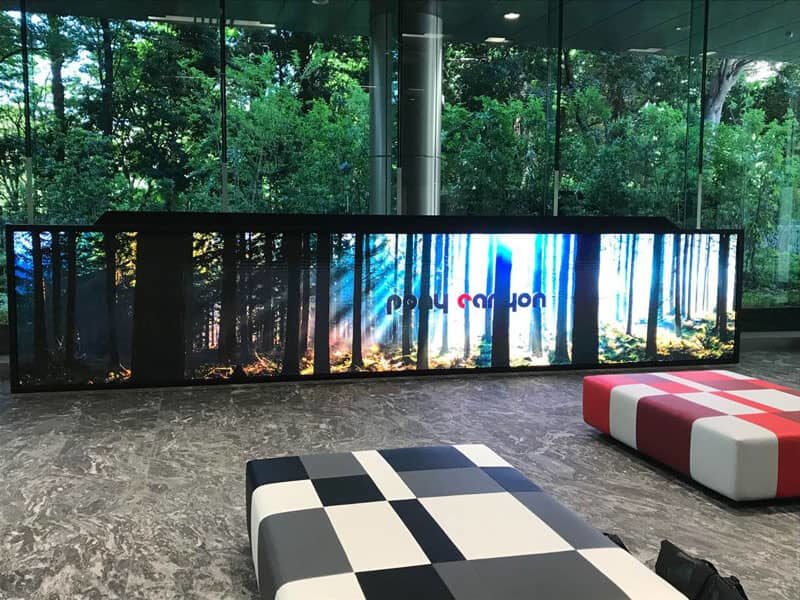 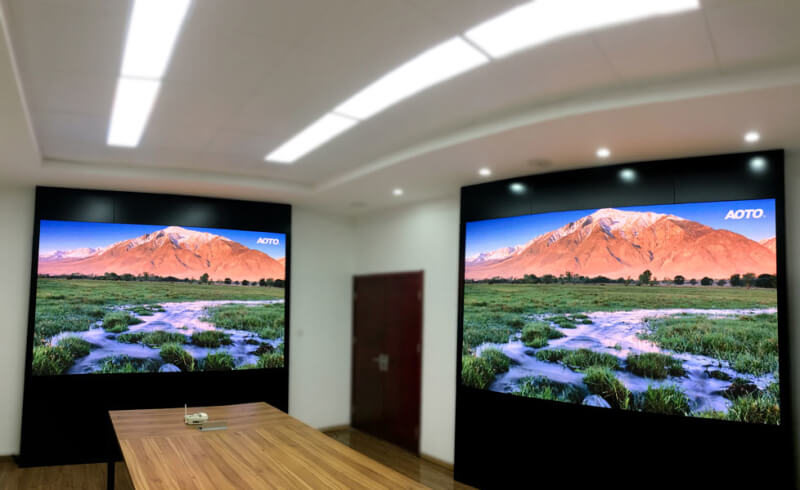 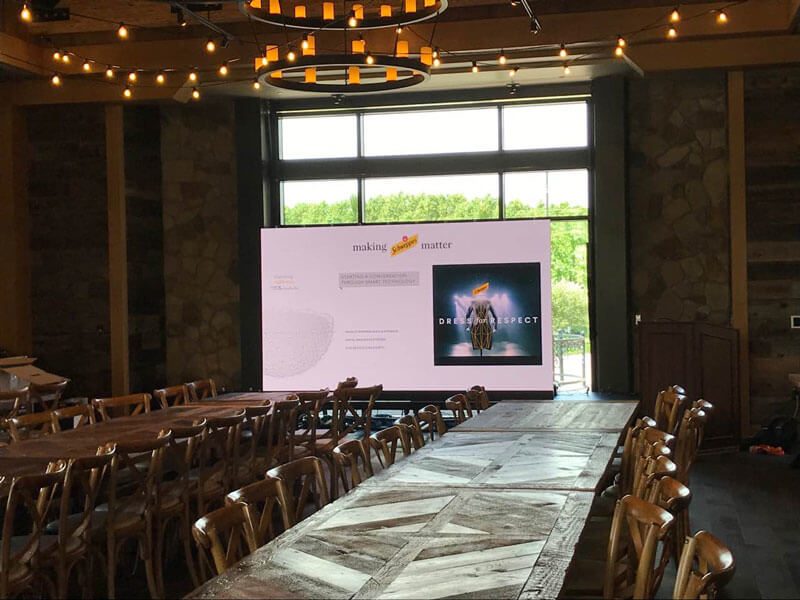 (1.5mm Mini LED in one conference room of USA) 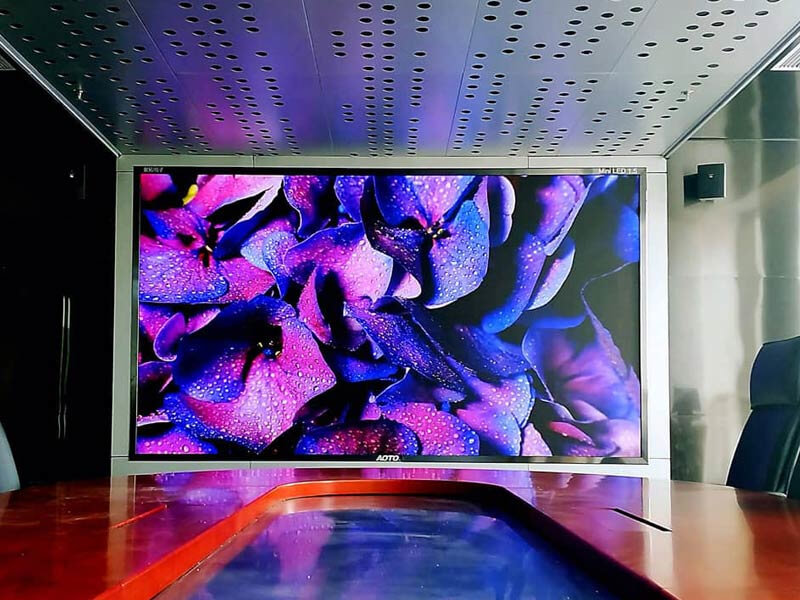